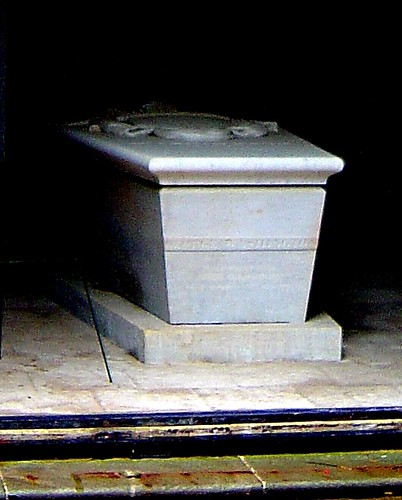 For two centuries after his death, American school children have known George Washington as the “Father of His Country”. When the great First President died in 1799, Congress adopted the eulogy given my his fellow Virginian, Henry Lee: “First in war, first in peace, and first in the hearts of his countrymen.” At the dawning of the 21st century the Commanding General of the Continental Army seems to be headed for the dust bin of history. Last year in a poll G.W. ranked about seventh, behind Ronald Reagan, Bill Clinton and George W. Bush.

The image, George Washington Tomb, was originally uploaded by Edna Barney. It is posted here from Neddy’s

This entry was posted on Monday, February 20th, 2006 at 9:29 am and is filed under George Washington, Mount Vernon. You can follow any responses to this entry through the RSS 2.0 feed. You can leave a response, or trackback from your own site.