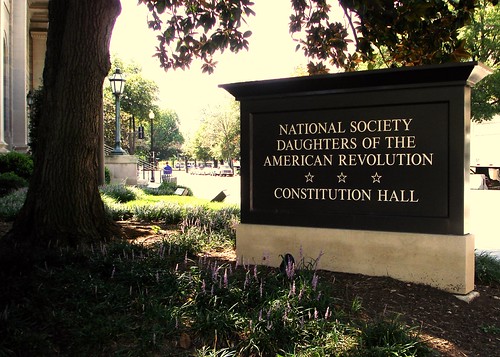 In our “Changed America,” the life and soul of the American Revolution must be forever forgotten.

When I began this site in 2005, I wrote at the “About Page” of my concern that young people were not aware of the incredible sacrifices made by our forebears when birthing our country. Today, some years later, America has voted overwhelmingly for “change” and a part of that change seems to be a shunning of our past, our heritage. Perhaps it is dismissal of “God,” repudiation of “Dead White Males,” or fear of “Revolution,” I do not really know. What I do now realize is that “official” America and a majority of America’s citizens have little interest in remembering, much less honoring, our Revolutionary War beginnings. I still remember one particular comment-criticism of this site was that I posted too many graves of dead people.
(Slide Show of Revolutionary Patriot Graves)

When I read of the following recent incident, I realized that indeed we have been “CHANGED” as a nation in the “twinkling of an eye.” For the first time in the history of the National Society Daughters of the American Revolution (The DAR), an American President officially snubbed its members at their yearly convention in Washington, appropriately named “Continental Congress.” From Huntington, West Virginia’s newspaper comes this commentary about our changed America:

“Every single U.S. President since DAR’s inception in 1890 has made either a written or video address thanking the now 165,000 member, 3,000 international chapter organization for its contribution to preserving American heritage and its service to our country. Until this year, 2009, when our new President, Barack Obama, decided to ignore the invitation sent to provide an address that would give credit and thanks for the non-partisan, woman-only organization whose members must prove direct lineal descent from a patriot of the American Revolution regardless of race, religion or ethnic background and whose motto is: God, Home and Country.

“During the designated time for the presidential address, the expectant audience, many of whom voted for this president, grew to complete silence as it became clear there would be no address or letter this year. The news from women attending from West Virginia, Ohio and Kentucky leaves one wondering what exactly does our new President value if none of the above was reason enough to acknowledge the women responsible for such national achievements. What statement does it make for America and her patriots to become the first President in American history to make no statement at all? How should President Barack H. Obama’s silence settle with the country he leads?”

Although President Barack Obama snubbed a request from the National Society Daughters of the American Revolution to address them on July 8th, 2009, for their efforts to preserve America’s Revolutionary War heritage, he did travel all the way to Russia on July 7th, 2009, to praise in person Russia’s “timeless heritage.”

The lineage society, whose motto is “God, Home and Country,” accepts women who can prove direct descent from a patriot of the American Revolution regardless of race, religion or ethnic background. This year, civil rights legend Dr. Dorothy Irene Height was awarded the DAR’s highest recognition, the DAR Medal of Honor, for her lifetime of service, leadership and patriotism.

During Barack Obama’s tenure as America’s President, women of the DAR, many of whom voted for Obama as Senator and President, volunteered more than 60,000 hours to veteran patients, awarded over $150,000 in scholarships to American students, and supported schools for the underprivileged with donations exceeding one million dollars.

While America’s President was not interested in the efforts of the Daughters of the American Revolution to remember America’s “heritage” and the sacrifices of their patriotic ancestors of the Revolution, Barack Obama spoke in person to the Russians of their “timeless heritage” with these exact words from The White House Official Web Site:

“I speak to you today with deep respect for Russia’s timeless heritage. Russian writers have helped us understand the complexity of the human experience, and recognize eternal truths. Russian painters, composers, and dancers have introduced us to new forms of beauty. Russian scientists have cured disease, sought new frontiers of progress, and helped us go to space.

“These are contributions that are not contained by Russia’s borders, as vast as those borders are. Indeed, Russia’s heritage has touched every corner of the world, and speaks to the humanity that we share. That includes my own country, which has been blessed with Russian immigrants for decades; we’ve been enriched by Russian culture, and enhanced by Russian cooperation. And as a resident of Washington, D.C., I continue to benefit from the contributions of Russians — specifically, from Alexander Ovechkin. We’re very pleased to have him in Washington, D.C.”

UPDATE: The official statement from Linda Gist Calvin, President General of the NSDAR, graciously states “Rumors have been circulating suggesting that the absence of greetings was an intentional slight on the part of the President. Your President General is sure this is not the case. … Greetings from the White House to the DAR Continental Congress actually did not begin until 1910. There have also been more than a dozen years since that time in which greetings were not forthcoming. Regardless, please be assured that the DAR will continue to foster relationships with those in the White House and share our objectives of historic preservation, education and patriotism.”

The image, Constitution Hall, is subject to copyright by barneykin. It is posted here with permission via the Flickr API by barneykin, an administrator of “The Revolution